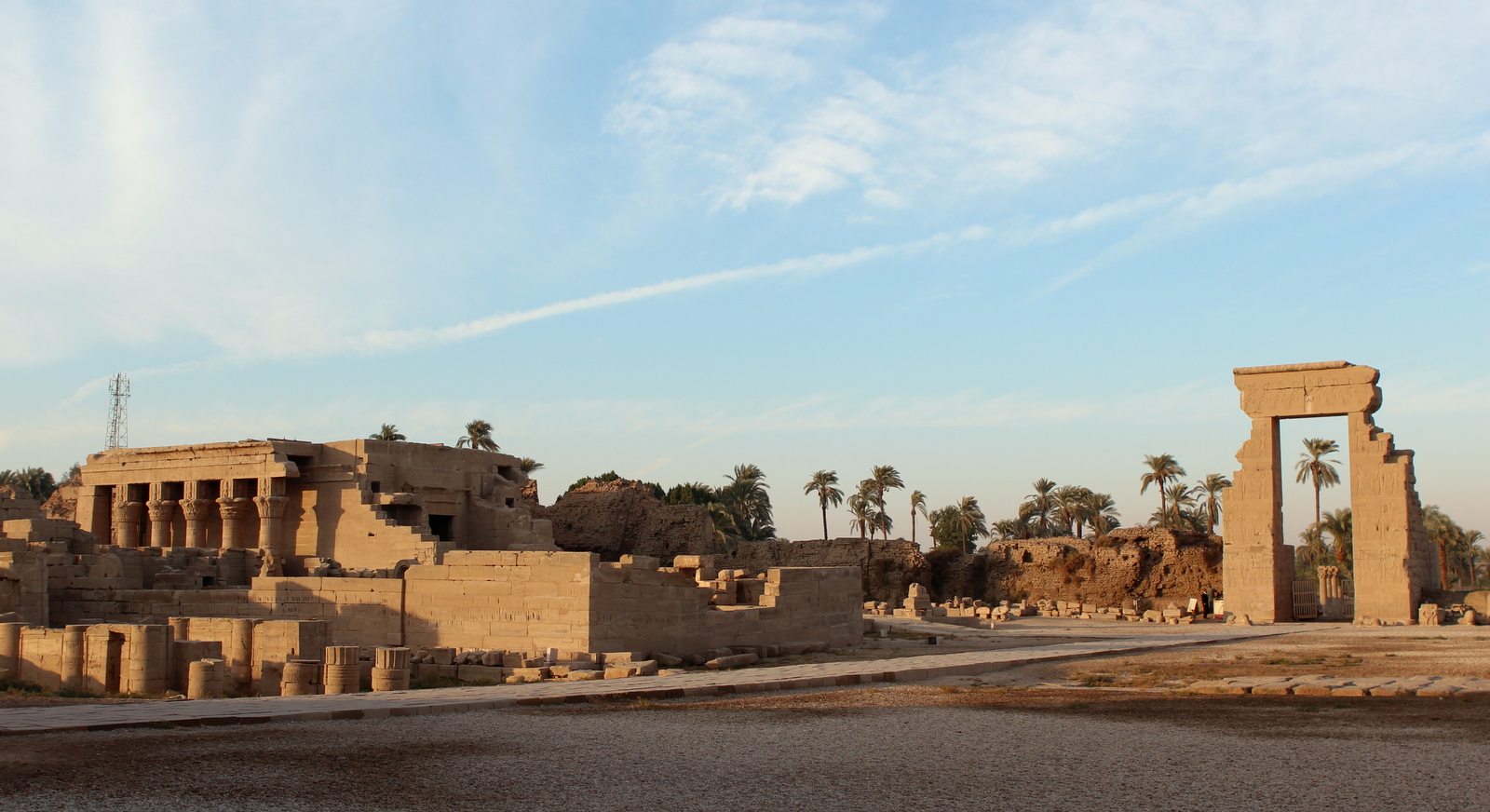 HALF DAY TRIP TO DENDERA FROM HURGHADA

Enjoy a Private day tour to Dendera Temple with Egypt Plus Voyage from Hurghda. Dendera is one of the best-preserved temple complexes in Egypt. Recently the temple’s ceiling has been cleaned, removing hundreds of years of black soot without harming the ancient paint underneath. As a result, some of the vibrant colorful paintings dating from antiquity are now visible.

Caps, sun cream, Comfortable shoes, Money, Cameras, passports, Breakfast boxes from the hotel should orderd one day before the trip in the Reception

You will be picked up by the representative of Egypt Plus Voyage from your hotel in Hurghada  and drive by air-conditioned deluxe vehicle to. The Temple of Dendara is one of the best-preserved temples in Egypt. It was known as the “Castle of the Sistrum” or “Pr Hathor”— House of Hathor. Hathor was the goddess of love, joy, and beauty.With the exception of its supporting pillars, which had capitals sculpted in the image of Hathor and were defaced by the Christians, the walls, rooms, and roof are complete and extraordinarily well preserved. The stone steps of the spiral staircase are time worn but may still be used to ascend to the roof, where there is a small chapel decorated with Hathor-headed columns.In ancient times, Dendera was associated with healing. Patients who traveled there for cures were housed in special buildings where they could rest, sleep, and commune with the gods in their dreams. There is something else special about this temple, as well: It bears the name of Cleopatra and her son, whose father was Julius Caesar. It is possible that these celebrated rulers climbed the same stairs and contemplated the same landscape stretching out for miles below.
Today, the place sings with the music of birds. Hundreds of them roost in small cracks and hollows in the walls, seemingly contemplating their own carved likenesses in the hieroglyphic reliefs.There have been temples on this site ever since the Old Kingdom, but the present temple was begun in the reign of Ptolemy VIII. The building we see today was constructed and added to from about 116 BC to 34 AD. Then you will be driven back to your hotel in Hurghada.